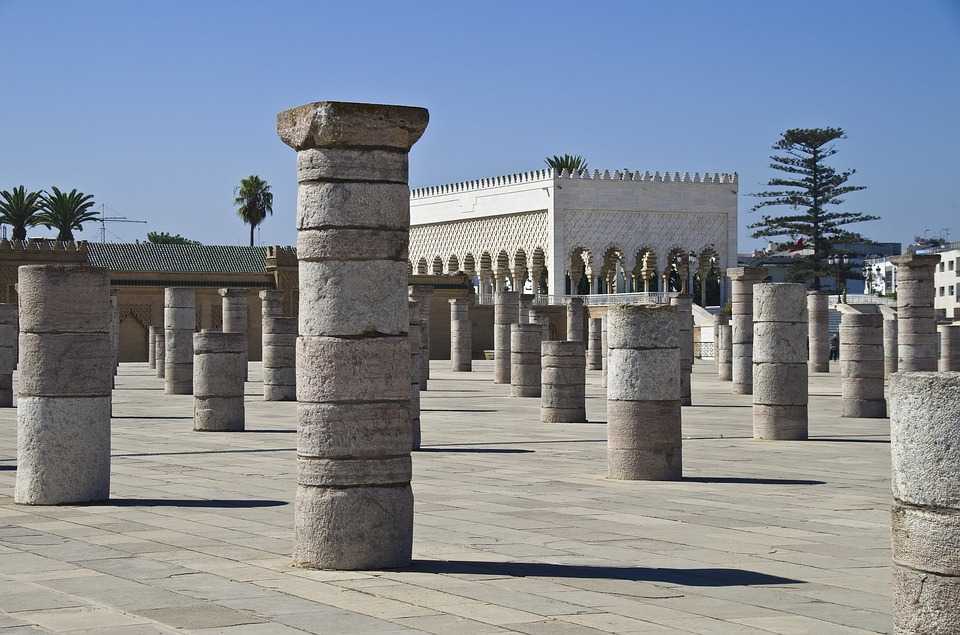 Day Trip From Casablanca To Rabat

Rabat Day Trip from Casablanca to have an excellent Full Day Trip From Casablanca. Visit Rabat, the capital of the Kingdom of Morocco and an Imperial City. Explore the King’s Mausoleum, Kasbah Oudaia, and the ancient Kasbah Chellah. Let Morocco Travel Holidays be your guide to Morocco Travel. For first-time visitors to Morocco, a Casablanca Rabat Tour  is perfect, whether they are arriving by cruise ship or on a private, guided tour.

Day Trip From Casablanca To Rabat

This is just a suggested travel itinerary for Day Trip From Casablanca To Rabat operated by a trusted travel company based and owned by Moroccan owners. If this tour doesn’t meet your travel ideas we have a range of other Day Trips From Casablanca designed to enhance your trip to Morocco Tours, Casablanca rabat tour, packages, and personalized itineraries are our specialty and our services cover the whole of the country. feel free to contact us

Rabat, Morocco’s seaside capital since 1912, has a population of little more than a million people. The city offers several interesting ancient monuments, including the beautiful Kasbah of the Udayas, which was constructed in the mid-12th century and is modern and even restrained by Moroccan standards. The Hassan Tower, which was started at the end of the 12th century but never finished, was supposed to feature the world’s biggest minaret. The 20th-century Mausoleum of Mohammed V, located directly across from the tower, is another of the city’s major attractions. Begin your day trip from Casablanca to Rabat by traveling to Morocco’s capital, Rabat. Visit historical monuments, gardens, and the wall that surrounds one of the kingdom’s four Imperial towns.

Lunch will be provided (optional) at a nearby restaurant.

Hassan II's Mosque is a must-see. The Hassan II Mosque, built by French architect Michel Pineau, is located in Casablanca. It is built on a bluff overlooking the Atlantic, which can be viewed via a massive glass floor that can accommodate 25,000 worshipers. With a height of 210 meters, it has the world's highest minaret. It is a massive architectural marvel and the world's second-biggest religious structure. Non-Muslims are welcome to visit the Hassan II Mosque on Fridays. The promontory of Hassan II's Mosque provides magnificent views of Casa in the residential Anfa district.

After that, drive to Rabat for a half-day tour of the Imperial City.

You will learn about Rabat's history and admire its magnificent domes, minarets, broad avenues, and green areas throughout your trip. Your guide will lead you on a stroll around the Oudaa Kasbah's magnificent Almohad northern walls. Visit the Musée de Oudaa, Moulay Ismael's palace, which houses Moroccan traditional art collections. Relax in the Moorish-style Andalusian garden before heading to the historic medina.

Cafe Maure offers tea and pastries as an option.

Stroll through the maze of souks and artisan stores in the medina. On Thursdays, witness the carpet auction in Place Souk el-Ghezel, the Wool Market Square. Take notice of the decorative patterns and moldings on the residential area's doors. Take a stroll along the renowned and bustling Rue des Consuls, which was formerly the home of foreign consuls. Shop for clothing, shoes, food, and other crafts at the many stores. In Agadal, you may buy Moroccan antiquities. The ancient Jewish mellah is worth a visit.

Lunch on authentic Moroccan cuisine at a medina restaurant with views of the Atlantic or in the coastal town of Sale.

The Hassan Tower, which sits on a hill above the Wadi Bou Regreg, is the next stop. A massive mosque that is iconic of Rabat and is known for its unfinished minaret, which is home to storks. Visit Mohammed V's magnificent Mausoleum, which has stained glass windows, white marble, a wrought-iron entrance, and a staircase leading to an enormous dome, just next door. The Bank of Morocco, the Musée de la Poste, and the Saint-Pierre Cathedral are all located in Ville Nouvelle, which has large boulevards, open green areas, and roads lined with apartment blocks.

Visit the Musée Archéologie, which contains a large collection of archaeological artifacts, as well as the breathtakingly magnificent Necropolis at Chellah, the remaining relics of Sale's Roman town.

After our Casablanca rabat tour, we will either return to Casablanca or to your accommodation in Rabat.

Day Trips From Casablanca To Marrakech